Club de Golf Alcanada, in Mallorca, has been voted the best golf course in Europe for the fifth year in a row by visitors to www.1golf.euOver 2000 golfers from 45 countries have participated in the survey; Alcanada Golf is proud to have once again achieved the first place ranking.
The survey on 1Golf.eu was conducted In August 2015. The respondents were asked to name their 3 favourite courses in Europe. In total 2.030 people participated. 84% of the respondents were from Germany, Switzerland and Austria. The remaining 16% were from 42 different countries. The first named course received 3 points, the second 2 points and the third 1 point.

When the totals were calculated, it was the Alcanada golf course that gained the most points underlining the fact that it is one of the course most appreciated by experienced golfers.
The 7,108-yard, Trent Jones Jr-designed course has won a steady stream of awards since opening 12 years ago including, most recently, being ranked as the highest-rated course in the Balearics according to Golfboo, the world’s first golf travel search engine, and being shortlisted for the title of Spain’s Best Golf Course 2014, in the inaugural World Golf Awards.
Situated in the north of Mallorca in a breathtaking location overlooking the Bay of Alcudia, Alcanada’s 18-hole championship course opened in October 2003. Adjacent to the Mediterranean, the only course next the sea on the island, the layout blends naturally into the typical Mallorcan terrain and takes its name from an island with a lighthouse, situated just offshore, which can be seen from most of the holes, and particularly from Hole 13 , which is one of the course’s “picture holes”.
The whole Alcanada Golf team is very appreciative and proud of this award, and it is proof of the efforts that the whole team put in to provide the best golf experience to all our players. 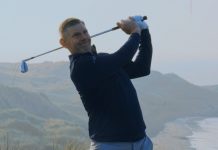