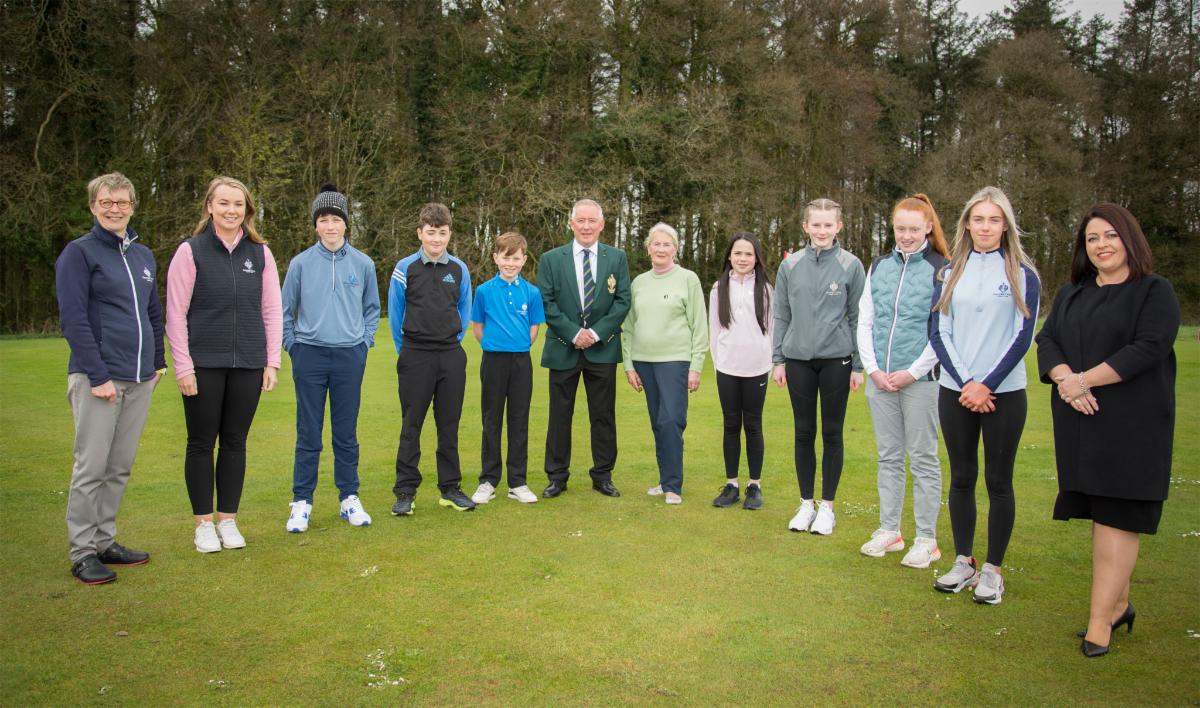 Galgorm is delighted to announce a new Junior Golf Scholarship programme to provide support and development for local junior male and female golfers.

The new initiative has been made possible following the R&A’s rule change to allow greater sponsorship opportunities to support amateur players. The game’s governing body paved the way for venues like Galgorm to provide real support for the next generation of golfers.

“This is a first of its kind where a golf club in Northern Ireland will formally support some of our junior golfers, both financially and through dedicated coaching and mentoring programmes,” explained Gary Henry, Managing Director at Galgorm Castle Estates.

“We are fortunate to have a vibrant junior section at Galgorm and through the Junior Golf Scholarship, we have identified golfers of all ability, boys and girls, to take part in the scheme with the aim of improving and getting the most out of their games.”

The Junior Golf Scholarship lasts for one year and includes complimentary membership at Galgorm; group coaching sessions by the PGA team at Galgorm; venue branded clothing plus funding towards travel expenses to compete in junior events around the country.

“We don’t know what to say! This is an amazing gift of support from Galgorm. I wish you’d seen the look on Amy’s face when she read her letter. It was priceless. Everyone in our house has been totally blown away by this. I don’t think I’ve ever seen Amy spend a full night with a smile on her face the way she did after receiving her letter,” said Norman Nicholl, Amy’s dad.

The scholarship will help support golfers at an earlier stage of their development in the hope that they maximise their potential and have the best chance of going on to compete at an elite level.

Galgorm has already produced many fine young players in its 25 years, such as Joshua Hill, Jordan Hood, and Michael Reid, who have all represented Galgorm at national and international level. Hill, Hood, and Reid have all competed in past Northern Ireland Opens or World Invitationals at Galgorm. Hood is a past winner of the Irish Boys Championship, Reid was a beaten finalist in the 2021 North of Ireland Championship and Hill played for Great Britain & Ireland in the Jacques Leglise Trophy in 2019 and 2021. Tara Laverty is another of Galgorm’s rising stars, having represented Ireland at under-16 and Ulster at under-18 level.

Through the Junior Golf Scholarship there is a new pathway for young golfers to aspire and emulate these elite Galgorm players.

“We are delighted to be part of the Junior Golf Scholarship and have the ability to give something back by supporting the next generation of golfers here at Galgorm,” explained Colin Johnston, Managing Director of Galgorm Collection.

“It is great to see so many juniors taking up the game. For us at Galgorm, it’s important we make the game accessible to all but also provide support along the way. We look forward to seeing the scholarship programme evolve at Galgorm as we help the next generation of players.”

Galgorm has supported golfers at all levels for years. Northern Ireland’s premier golf and spa destination continues to support Touring Professionals Stephanie Meadow and Tom McKibbin, who compete on the LPGA and DP World/Challenge Tours respectively.

“They don’t come much older or more distinguished than Carlow Golf...